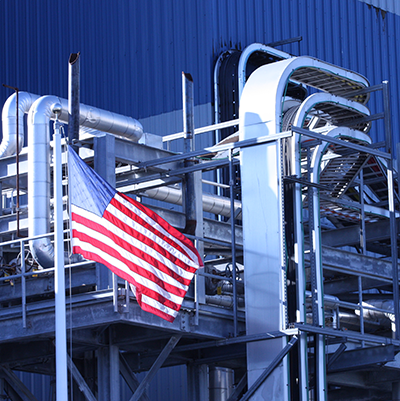 But it’s not quite that simple. What many people don’t realize is that free trade generally benefits smaller countries much more than the big ones. The bigger the difference in size between the two countries, the greater the lopsided benefits to the smaller partner.  Therefore, since we are the first or second largest economy in the world (depending on whose numbers you trust), nearly every country gets more benefit from trading with America than America does by trading with them. We do indeed benefit, just less.

Of course, there is nothing wrong with helping smaller countries. We just need to be aware that the smaller country is typically getting the better deal. Foreign aid should be intentional, not accidental or naïve.

One reason why small countries benefit more from trade is because they often have fewer natural resources and thus their need for trade is more urgent. Large countries generally have all the natural resources they need, so international trade is not absolutely necessary for survival. Nearly every raw material we need exists naturally in the United States. There are exceptions, of course, like arsenic, chromium, gallium, manganese, rubidium, tantalum, and tin. There are no active domestic sources for any of those, so international trade is required. No way around it. Diamonds are another example. There are only two diamond mines in the U.S., neither of which is still open for commercial mining.

When economists argue that international trade benefits both countries, they are leaving out a critical piece of information. The overall economies of both countries benefit, but not necessarily all the people. The big loser for the larger country is the middle-class workforce.

For example, when companies decide to make their products in low-wage countries, the low-wage country obviously benefits by having more jobs, taxes, etc. In the large country, on the other hand, the management and stockholders benefit from the international trade by earning higher profits. The low-end consumers also benefit from the lower prices on those imported goods.

The group that typically gets hurt the most is the skilled middle-class worker in the larger, richer country. A generation ago, these were the people that used to graduate high school, go to work at the local factory, have a great career, buy a house, buy a boat, take nice vacations, and then enjoy a comfortable retirement. This group is rapidly disappearing because those jobs have been shipped overseas. Soon, most of our economy will consist of highly-paid information workers on the one extreme, and low-paid service workers on the other extreme (with very little in-between).  If this is what we want, then it needs to be a deliberate decision, not a surprise when we wake up and realize that we no longer have the ability as a nation to make anything ourselves.

Make no mistake, there are many middle-class business owners and entrepreneurs that benefit from free trade. This should be celebrated. I am specifically speaking about the negative impacts of trade on skilled middle-class workers, particularly workers that are in manufacturing.

There is an obvious national security component to this issue. Is it safe for us to give away our manufacturing base to countries that don’t like us? Even if offshoring these activities makes economic sense right now, what happens when there are geopolitical changes? Many of us were very surprised to find out recently, during the COVID-19 situation, that most of our medications are made in China. This seems like a very risky situation. How much of our population would die if one day prescription drug shipments from China suddenly stopped?

I am a huge fan of free markets, but it really seems like we need to entice more manufacturing back to our own shores, even if it costs a little more. It is a national security issue and a matter of survival. A strong national defense – both military and economic – brings a peace of mind that is not easily measured in dollars.

President Trump appears to have improved the manufacturing situation with his tariffs, deregulation and tax reform. He campaigned in 2016 on the promise of bringing manufacturing jobs back, and to his credit, total manufacturing output in real dollars hit an all-time high in 2019. The number of U.S. manufacturing jobs, which fell by 200,000 during the previous administration, had increased by over 500,000 during the Trump administration before the COVID-19 shutdown happened. This has caused me to reflect on my previous hard-line position about the absolute virtue of free trade in its purest form.

By Craig Everett. I am a finance professor at the Pepperdine Graziadio Business School and I teach entrepreneurial finance and private capital markets. Opinions are my own. To follow me or add me as a friend on the Bigwigg Social Network, please visit my Profile Page.