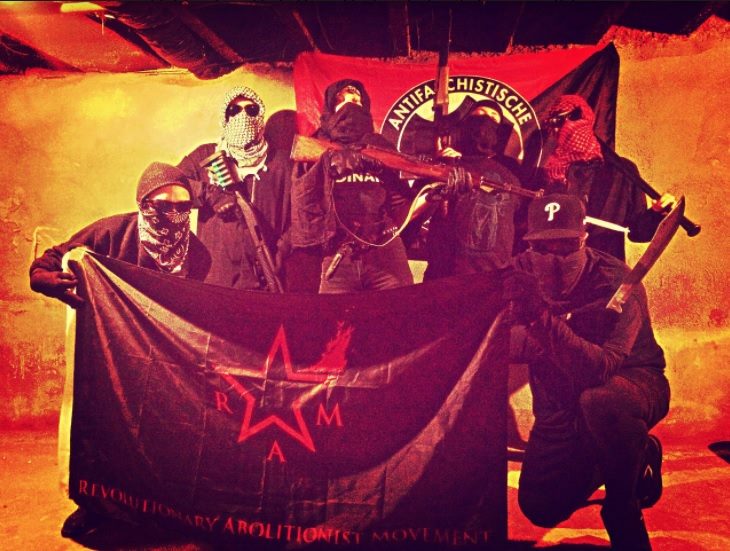 LOS ANGELES, CA – Everyone hates fascists, so when a group like Antifa comes along and claims its name literally means “anti-fascist” it is a phenomenal branding move. It is only when you read the fine print that you realize that, to Antifa, everyone except them is a fascist, including you. For Antifa, fighting fascism includes doing many things that most Americans, even those on the far-left, would find objectionable. Antifa’s goals include the abolition of police and the death of America, among other terrifying objectives.

Who is this group and what do they want? The original Antifa was formed in the early 1930’s in Germany as Antifaschistische Aktion, known as Antifa for short. It was organized by the Stalinist Communist Party of Germany and they considered all non-communist political parties to be fascists. Ironically, Antifa cooperated with the Nazis in trying to destroy the social democrat Weimar Republic. Antifa considered both groups to be fascist, of course, but they made the mistake of believing the Nazis were less dangerous just because they were smaller. Big mistake. When the brutal Nazis came to power in Germany, Antifa was eliminated.

Modern Antifa was resurrected in the 1970’s as a left-wing student movement founded in West Germany by the Maoist Communist League. They adopted the same logo as the pre-war Antifa, with one small change. The old logo had two red flags, symbolizing communism and socialism. The new logo replaced the one of the red flags with a black flag. The red flag now represents communism and socialism, and the smaller black flag represents anarchism and autonomism. By the late 1980’s, Antifa was no longer associated with any political party and was more strongly leaning in the anarchist direction. In fact, some modern Antifa flags have the larger flag in black, implying that they are more strongly anarchist than communist.

Les Miserables fans might be under the mistaken impression that red represents the blood of angry men and black is the dark of ages past. We stand corrected.

Antifa is not hierarchical nor centrally-controlled. Antifa groups spontaneously emerge whenever there is a group of people who ascribe to their anti-authoritarian, anti-government, anti-capitalist beliefs, and are willing to pursue those beliefs using “direct action,” which generally means some sort of militancy. Antifa members do not typically engage in political behavior to affect policy, because they do not consider the political system to be legitimate.

The Revolutionary Abolitionist Movement (RAM), according to its founders, thinks of itself an antifa (lowercase), rather than part of Antifa proper. References to RAM started appearing on the internet in 2017, so it is fairly new organization and very few people have even heard of it, despite its influence. Most people associated with RAM are also part of Antifa, since both groups share much of the same anarchist ideology and goals.  The photo on the RAM website of the Philadelphia chapter has a RAM banner in the front, and an Antifa banner in the back.

Both Antifa and RAM are anarchist movements, which means that their goal is a society without any government at all. The primary difference between the two groups is the black liberation focus of RAM. The word “abolitionist” in the name refers to the belief of those within the movement that black people in the U.S. are still living under a form of slavery, and the only path to true freedom is a revolution that ends the American government. Thus, RAM has the same ultimate goal as Antifa (ending the American government), but has a significantly different motivation behind that goal.

RAM’s founders are community organizers from The Base, which is an anarchist headquarters in the Bushwick area of Brooklyn, New York. In its writings, the group seems to draw inspiration from Eldridge Cleaver’s Black Liberation Army (BLA), which was the direct-action successor of the Black Panther Party.  Again, direct action is generally a euphemism for violent protest.

RAM’s goals, or “10 Points of Action,” are largely similar to Antifa’s objectives, but also include black liberation items. The following list is taken directly from the RAM website:

It is important to distinguish these anarchist groups from #BlackLivesMatter (BLM), which is a black liberation organization (according to their website) founded in 2013 in response to the jury acquittal of Trayvon Martin’s killer. Rather than being a pure anarchist group, BLM is more narrowly focused on the goals of ending white supremacy and police brutality. These are goals that nearly every person of every race embraces, so BLM enjoys widespread public support.

In the latest BLM protests surrounding the killing of George Floyd by police in Minneapolis, we have witnessed a disturbing trend. The peaceful BLM protests that occur during the day have often transformed into violent riots, looting and destruction at night. It is unlikely that this is randomly occurring. The difference appears to be the after-dark arrival of anarchist groups such as Antifa and RAM, whose goals are much more extreme than BLM’s and who provoke violent clashes with police in order to capture video footage of it, presumably for propaganda purposes.

By definition, the anarchists have no political goals, so negotiation with them is unlikely to be effective. They are not, for example, seeking the passage of anarchist-friendly legislation. They simply want to take down the American government and will do so by any means necessary. RAM and Antifa’s goals include the abolition of police and the death of America as a sovereign country, so Americans ignore these groups at their own peril. As the anarchist groups continue to fail in achieving their goals, their militant tactics are likely to become more violent over time, not less. The anarchists that can be seen at protests do not want to end police brutality, they want to end the police itself. They do not want to end injustice in America, they want to end America itself.

There are many legitimate channels for enacting change in our society, but sedition is not one of them.