You must be logged in to view earned achievements
Click to See Your Rank and Badge Details
Home » What is the role of far-left Antifa in the violent riots this week? 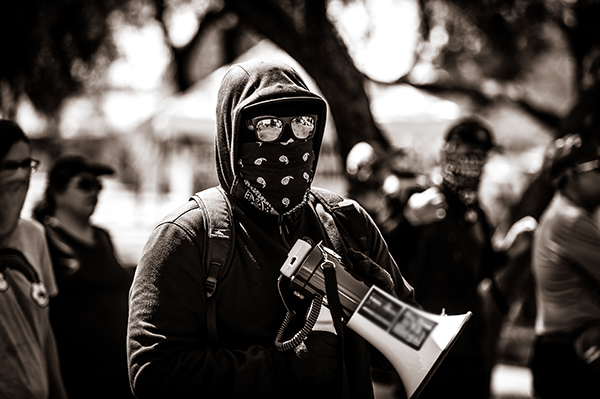 WASHINGTON, DC – May 31, 2020. President Trump tweeted this morning that the United States of America will be designating Antifa as a terrorist organization. This is in response to questions about the role of far-left Antifa in the violent riots happening this week across America. There are allegations that Antifa organizers have been manipulating peaceful protests about the wrongful death of George Floyd into lawless riots, destruction and violence.

As of Sunday morning, over 5,000 national guard troops have been activated nationwide to try to quell the street violence in fifteen states, including WA, CA, NV, UT, CO, ND, TX, MN, MO, IN, OH, KY, TN, GA, and PA. But many are questioning if the violence and vandalism is a spontaneous outgrowth of peaceful protests of an obvious injustice, or if it is deliberately organized criminal activity.

In response to riots in Los Angeles, Mayor Eric Garcetti has now called in the National Guard to help restore order. “We will always protect free speech and Angelenos’ right to live without fear of violence or vandalism,” stated Garcetti yesterday. “The California National Guard is being deployed to Los Angeles overnight to support our local response to maintain peace and safety on the streets of our city.”

In Minneapolis, the city where this all started with the senseless murder of George Floyd by police, Mayor Jacob Frey has finally taken a stronger stance against the lawless behavior of the rioters. “What started as largely peaceful protests for George Floyd have turned to outright looting and domestic terrorism in our region. We need you to stay home tonight,” Mayor Frey remarked on Twitter yesterday. “Governor Walz, at our request and in partnership with our city and Mayor Carter, has just fully mobilized the Minnesota National Guard.”

Minnesota Governor Tim Walz held a press conference yesterday and reported that state officials are estimating that up to 80% of the people causing destruction are from out-of-state. St. Paul Mayor Paul Carter initially reported that 100% of the rioters and looters arrested in St. Paul had been from outside the state of Minnesota, but it turned out that the number was actually less than 50%. St. Paul is the sister city of Minneapolis.

In Detroit, which is 80% African American, most the rioters arrested have been white, indicating that there has been substantial involvement by outside agitators.

There have also been some claims by the left that the rioting has been instigated by white nationalists, but without any video evidence. With everyone recording everything on their smartphones, if white nationalists are playing a significant role, it stands to reason that there would be a lot of video footage of it.

At the federal level, United States Attorney General William Barr took aim on far-left groups on Saturday in a televised statement made at the Department of Justice. “The voices of peaceful protests are being hijacked by violent radical elements,” Barr said. “Groups of outside radicals and agitators are exploiting the situation to pursue their own separate and violent agenda. In many places it appears the violence is planned, organized and driven by anarchic and left extremist groups, far left extremist groups using Antifa-like tactics, many of whom traveled from outside the state to promote the violence.”

Designating Antifa as a terrorist group will broaden the tools available to the government to prosecute criminal activity. But there are already laws in place that could be used. For example, in a 2019 letter from Sen. Ted Cruz (R-TX) to A.G. Barr, Cruz lays out the case for prosecuting members of Antifa under the Racketeer Influenced and Corrupt Organizations Act (RICO).

“As you are well aware, federal law has provided the Nation’s law enforcement with powerful tools to prosecute criminal organizations, such as Antifa, the Ku Klux Klan, and the mafia, that rely on group anonymity,” stated Cruz in his letter to Barr. “The Racketeer Influenced and Corrupt Organizations Act prohibits employment or association with any enterprise to conduct that enterprise’s affairs through a pattern of racketeering activity. RICO enables law enforcement to prosecute individual members of these groups for participating in the criminal enterprise-even when the government cannot establish which particular individual in a corrupt organization committed a given crime.”

It has not yet been determined what is the role of far-left Antifa in the violent riots currently surging across the United States, but Trump’s statement today and Barr’s comments last week are a signal that federal law enforcement is poised to take a much more aggressive stance on organized rioting and destruction. 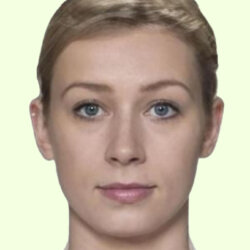 About the author: Sarah Jones-Koskinen
Tell us something about yourself.